Allow us to introduce you to a dynamic group of people who make a nonsense of the idea that 40 is past your prime. And in the process, they are helping to rewrite the rules of work that will benefit the generations who follow them.

To coincide with the launch of the new Insignia Grand Sport, Management Today, in association with Vauxhall, is glad to present the 2017 class of 40 over 40: from ambitious entrepreneurs to high-flying executives, they are growing businesses, creating jobs and scaling new heights on the corporate ladder, proving that millennials don’t hold a monopoly on ideas, ambition, energy or success.

Weary of reading about mid-life crises? We are too, so instead we celebrate the people who have come into their own in their 40s and contradict prevailing ‘younger-is-better’ attitudes regarding innovators and entrepreneurs. Our list recognises both the wisdom that comes with maturity and the potential for later achievement, and our role models demonstrate beyond doubt that while inspiration can strike at any age, those who implement ideas later in their careers can often have even greater impact. 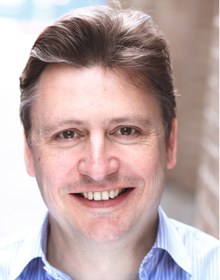 Andrews is co-founder and chairman of Zopa, the world’s first P2P lending business. It aims to provide great value and service and has now made over £2.5bn of loans in the UK, with over £800m lent in the last 12 months alone. Andrews previously co-founded Caverdale in 1992, which he took from start-up to a £250m-revenue motor retailer and sold in 1997. He then ran his own strategic consultancy business. Andrews is also chairman of Bethnal Green Ventures, the investor in start-ups using technology to make social or environmental impact, and MarketInvoice, the platform where businesses have sold invoices to investors to raise over £1bn in working capital. He was named Fintech Leader of the Year at the 2016 Fintech Innovation Awards. 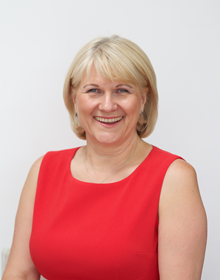 After working in the construction industry for many years, in 2014 Antoniou heard about the changes in food labelling laws and decided to transfer her knowledge to this new sector. She co-founded menu management system Kafoodle, which helps the hospitality industry manage their customers’ allergies and ensures that everyone can eat with confidence. Kafoodle is now the leading compliance technology solution and is used by over 600 commercial kitchens. It has won multiple awards as well as government funding to develop a product for the care catering sector. 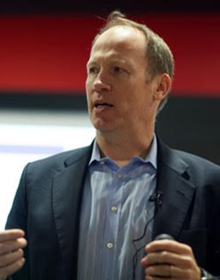 Archer is a chartered psychologist and coach with 20 years’ board-level experience in both the public and private sectors. He spent years as a management consultant, but he didn’t find his work meaningful and never felt like he fitted in. After a long period of ‘career paralysis’, he retrained in psychology (it took him seven years), and he now provides training, coaching and consultancy for a wide range of clients in industries ranging from financial services to elite sporting teams. Archer also founded The Career Psychologist, a group who work with people who are stuck in their careers, helping them to become ‘unstuck’ and move forward withgreater meaning and purpose. 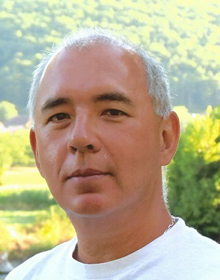 Board first changed career when he was 30, from civil servant to headhunter. But when he turned 50, he packed that in too and embarked upon his current ‘multi-slash’ career. He started a doctorate in management and took up an opportunity to chair the Refugee Council. He’s also written two novels – the most recent, Time of Lies, is a post-Brexit political satire. In 2015 he was also made head of career management at Coachmatch. When told about the MT research that shows 70% of 40-somethings are looking for a major change, Board says: ‘That is a shout from the rooftops that I recognise.’ 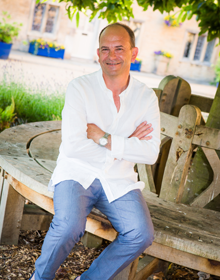 Butler studied applied biology at Cambridge followed by a masters in fish biology, then accountancy training. This eclectic education has stood him in good stead in his subsequent careers. During his time at the Commonwealth Development Corporation (CDC) he ran a rice and seed farm in the Ivory Coast, started a fish farm in Malta and managed 6,000 coffee workers in Malawi. After this he joined Booker to run their Chilean salmon farming operations. But when the company was sold Butler was made redundant and, at nearly 40, he returned to the UK. Along with two friends, he planned to start an organic food company via acquisition. They bought Meridian Foods in 2005 and Rocks Organic in 2007, which they rolled into the 3V Natural Foods Group. Meridian in particular has seen spectacular growth in the past three years, driven by its popular nut butter products; the team now employ 150 people and group turnover will hit £29 million this year, with plans to double the business in the next three years.

After spending 20 years travelling for business, IT consultant Callender was frustrated with the lack of suitcases that were universally accepted as hand luggage, stored clothes without creasing and held laptops safely. So he decided to design cabin-size luggage specifically for frequent short-haul travellers. While working full-time, Alistair started producing small batches of his bags to give away to colleagues and peers in exchange for honest feedback. Now backed by one of the UK’s most successful businesswomen, Lara Morgan, Alistair has quit his IT career to run Gate8 Luggage; he won Best New Business at FSB London 2014. 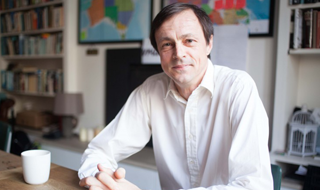 With a background in hedge fund management and entrepreneurship, Campbell is always on the look-out for business opportunities. In 2014 he broke his femur while skiing and was being treated by a physiotherapist in his sitting room. Shocked at the amount the physiotherapist was paying for a treatment room, Campbell offered to rent him his sitting room to work from. So began his business Vrumi, which enables householders and professionals alike to make the most of the great space in homes. Whether it’s a sitting room for physiotherapy, a kitchen table for a team brainstorm or an entire townhouse for company off-site days, there are hundreds of different places to work for any budget, capacity or time. 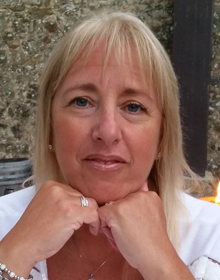 Cash began her working life as a beauty therapist working in salons. She came from a family of small business owners; her grandparents were publicans and her father was a pharmacist with two chemist shops. Cash’s husband was involved in the distribution business and the couple eventually started a small beauty distribution company as a sideline. But Cash’s instincts to look for the best margin opportunity led them to start designing and manufacturing their own beauty products. Their new company, Mad Beauty, was thriving, so the couple gave up their previous jobs to focus their efforts on it. Fifteen years on, Mad Beauty is a leading company in the cosmetics, bath and toiletries gifting sector, designing innovative products with retail customers including Boots, Topshop and Accessorize. 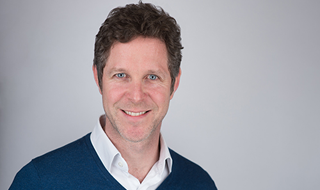 A qualified accountant, Cheatle was group finance director at a publisher before starting his entrepreneurial journey aged 31. In 2003 he set up The Supper Club, a London-based membership club for fast-growth entrepreneurs and CEOs – it has now hosted over 2,000 events and has nearly 400 members. He was also a co-founder of StartUp Britain and was later a non-executive director of the Start Up Loans Company, which has lent around £300m to nearly 46,000 start-ups. He’s currently founder and CEO of Learn Amp, a digital platform that makes it easy for businesses and individuals to access work-related learning – it’s been described as ‘The Netflix meets Trip Advisor of learning’. 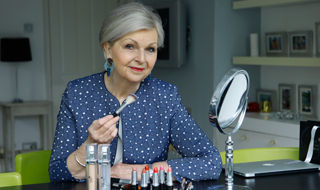 At the age of 65, Cusden spotted a gap in the market for a new approach to cosmetics for older women and she invested her own savings in a range of make-up suitable for more mature eyes, faces and lips. In October 2013, Look Fabulous Forever was launched to 80 friends and family at a party in London. The business grew fast thanks partly to Cusden’s tutorial videos on YouTube – she now has 70-odd videos, with over 3 million views between them. Cusden recently won the Nectar Small Business Awards Entrepreneur of the Year and SME Emerging Businesswoman 2016 awarded by HSBC’s National Women in Business Awards. 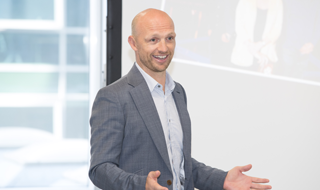 Dawson might have retired from professional rugby, but he hasn’t dropped the ball. After playing for Northampton and London Wasps, captaining England, touring with the Lions and being part of England’s 2003 Rugby World Cup winning side, Dawson forged a career in television and media as a sports commentator (plus a stint in Strictly Come Dancing). He then tackled the world of business – becoming an ambassador for health and wellbeing at Sodexo and joining workspace firm Instant as director for business development. 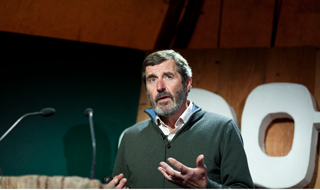 In 1979 Drake set up Cobra Sports, the UK’s first specialist sports footwear shop, but 14 years later, it failed and he was forced to sell it for next to nothing. Drake was left without a job and with a small family to support, but at 49 he ended up joined the gig economy before it really existed. He has started think tanks, consulted, spoken at conferences and become a successful writer. His most recent book, Generation Cherry, is about the generation ‘who had a cherry on everything’, and how those who were made redundant or have small pensions can make the most of their retirement.