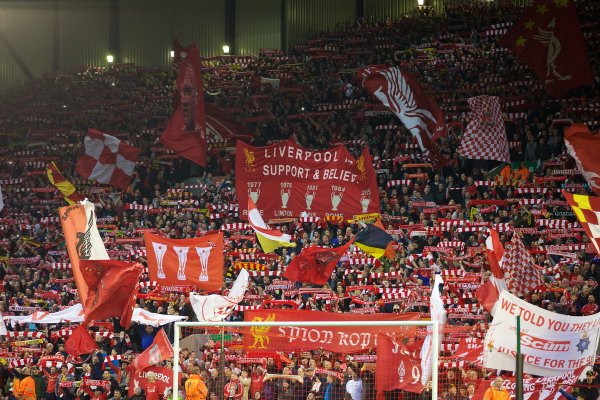 Work on… Work on… For You’ll Never Work Alone..

As the article details as well Liverpool will pay all their employees the Real Living Wage (RLW)  even though “it is thought bringing everyone up to RLW rate – £8.45 per hour and £9.75 in London – will cost the club around £1m per year extra”

You can read more here…

So nice work Liverpool FC. They are setting a great example here…

The NMW does what it says on the tin. It is the minimum pay per hour workers are entitled to by law and is reviewed yearly by the government. The rate for each age group in the UK is different and is further regulated by the Low Pay Commission (LPC).

Further workers need to be of school leaving age (16) to receive the benefits of the NMW.

The current rates were set in April 2017 and are as follows;

This is the point where some people could get confused. Some people like me. As despite using the term Living Wage, the NLW has nothing to do with the Real Living Wage (RLW). The NLW is basically a new minimum wage rate – the NMW rebranded if you like. Exactly the same thing with a different name. Make sense?

Launched under former chancellor George Osborne in 2015, it represents the government’s aim of raising the wages of those aged 25 and older to £9 an hour by 2020. The decreed hourly rate will change each year in April until it reaches the £9 target. So good news for older workers..

There’s always a but.. And here it comes…

As above, the Real Living Wage (RLW) shouldn’t be confused with the government’s National Living Wage (NLW) – one difference being that the RLW isn’t enforceable by law. Companies can voluntarily adopt it; as Liverpool FC have, but know that if they do, it means paying a higher sum of money to staff.

The RLW is a benchmark and recommendation of what it will take now – not years down the line – to improve living standards. TUC general secretary Frances O’Grady explained:

“Unlike the government’s NLW, the Real Living Wage is based on a review of the evidence of what is currently happening to people”

The Real Living Wage rate currently stands at £8.45 an hour, with the London Living Wage separately calculated as being £9.75 per hour. And while the Living Wage Foundation welcomed the government’s NLW, it claimed the lowest level of pay currently estimated for a comfortable London life was already higher than what the NLW will be in 2020.

Still doesn’t add up? Use the Gov.UK calculator here.

Here’s a great graphic too…